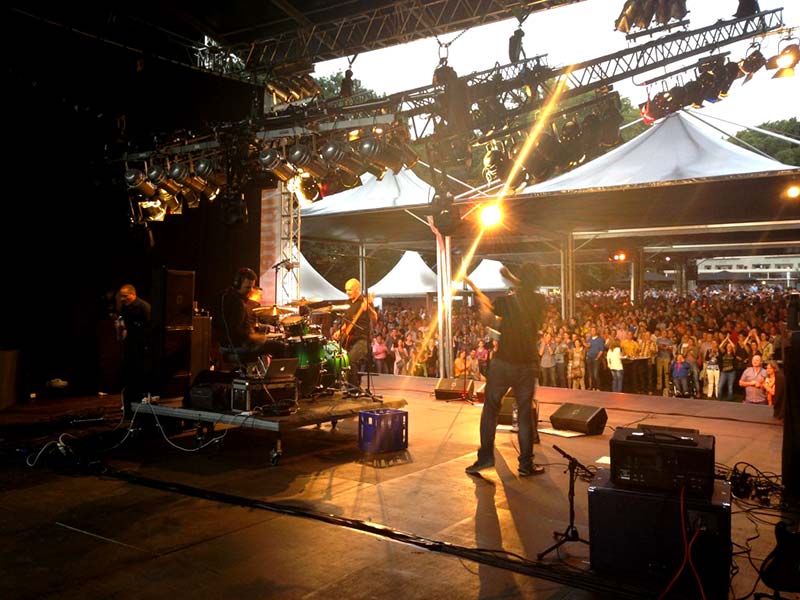 The repertoire of “Dove c’è Musica” band, is a tribute to Eros Ramazzotti and all his greatest hits: from “Adesso Tu” “Una storia importante” “Terra promessa”, to newer songs like “Appunti e note”, “Un angelo disteso al sole”, some of his most famous duets such as “Cose della vita”, performed in the original version by Tina Turner and “I belong to You” recorded in 2005 with Anastacia. All the songs arrangements are inspired by the great concerts of the 2009/2010 world tour.

The sound is clean, the accuracy of the arrangements and above all the extraordinary similarity of the voice of Gero to Eros’s are the keys to the success of the band. An alchemy that made the band credible in the world of tribute bands and gives, at each performance, all the emotion and the quality of a real live Eros show. If you’ll try to close your eyes you’ll really feel like being at a Eros concert!